Shakhnoz Abdullaeva was born in 1965 in Tashkent, Uzbekistan, the art capital of Central Asia. She graduated from The Theatrical Art Institute of Ostrovsky in 1989 but has been an active participant in international art exhibitions since 1988. Her original paintings can be found in both private and national collections.

The central themes of her works are the women of the East – legendary poetesses, queens and goddesses. Through her work, the artist is trying to depict the position of women, building a balance between their thoughts and cultural memories. We can often also see images of moving Central Asian arba (bullock carts) in her works, which fascinate by their elegant colour combinations and interesting stories.

In 1997, she began to use a limited palette of colours. Because of this, her works became more sophisticated and refined; backgrounds became more complex, differing from the usual associations. Her beauties turned into angels with sensuous characters and emotions. This effect is especially evident in her works 'Nostalgia' and 'Pearl' (1997).

In 2003, Shakhnoz's work changed again: we see more contemplation and self-absorption in her pieces. Her characters strive for a more sublime world. It can be seen in the work 'Paradise. Angel'(2003), 'Conversation in the Vineyard'(2006), and others.

In the works of Shakhnoz Abdullaeva, we can see position gestures, shapes, and regal perfection dominate in female images. The artist seems to be striving for an imaginary, Utopian world.

She is an inspiration and a dream come true for many talented young girls who are just embarking on their uncharted paths with their hopes, dreams and discoveries.

Original art by Shakhnoz can be viewed at the State Art Museum of Uzbekistan, Urgench National Art Gallery, Ministry of Foreign Economic Relations, Uzbek Senate, Art Gallery of the National Bank of Uzbekistan, World Bank in Washington, Gallery of "Zaman" in Great Britain, Embassy of Japan, and other collections in Morocco, Lebanon, Finland, Saudi Arabia, Russia, United Kingdom and India. 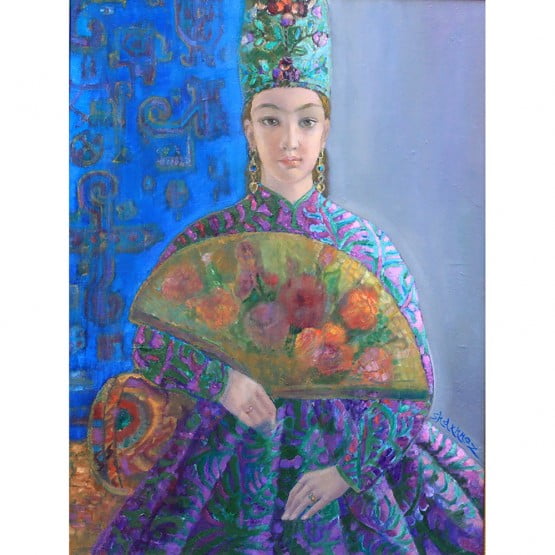 Chach dancers or visit to the Chinese princess 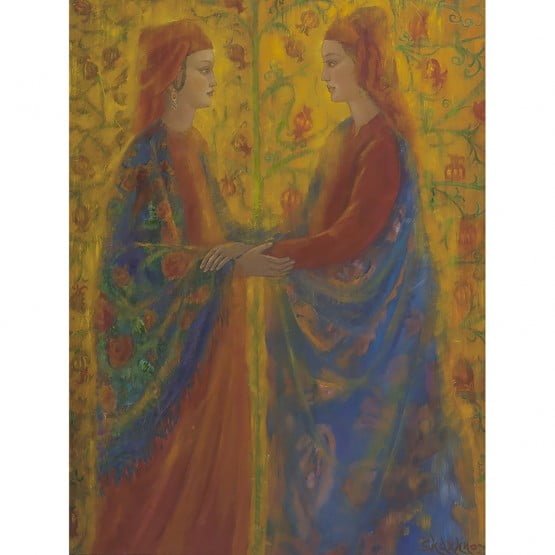 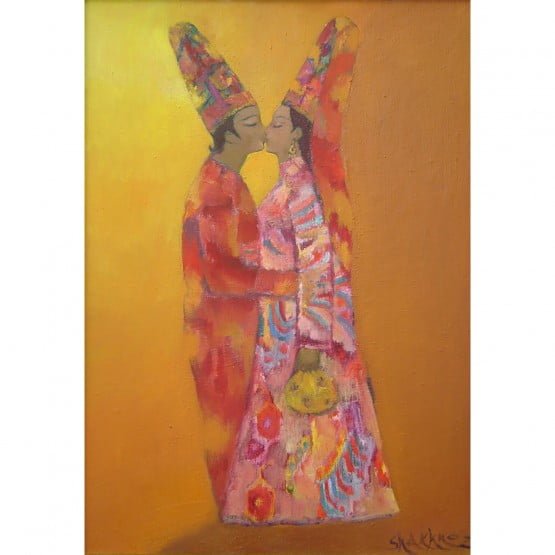 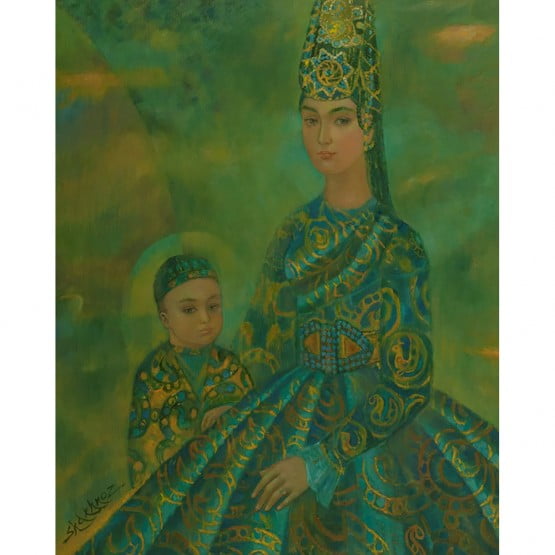 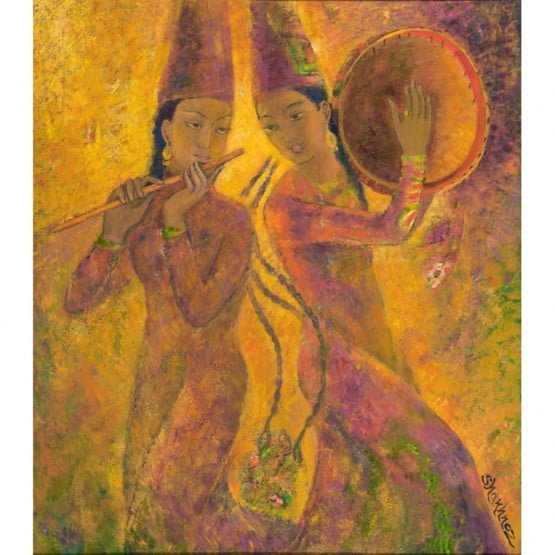 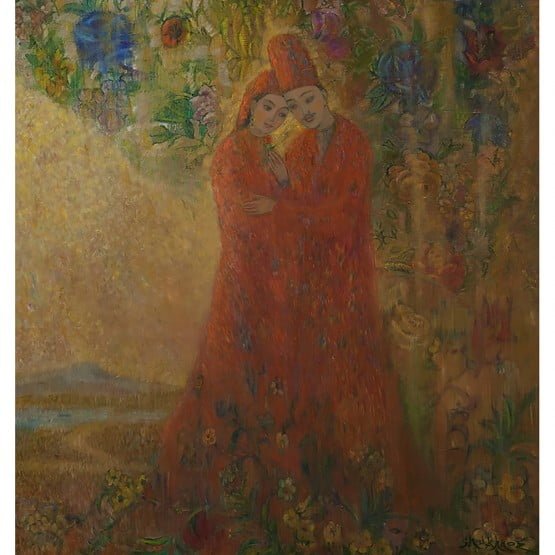 The Apple of Samarkand You Brought