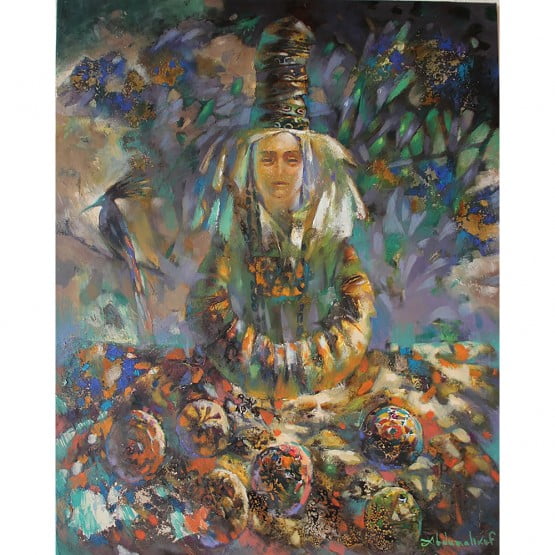 The Lady of Skullcaps 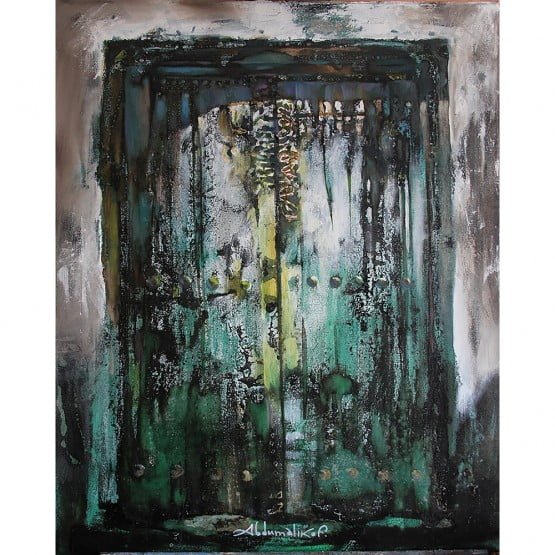 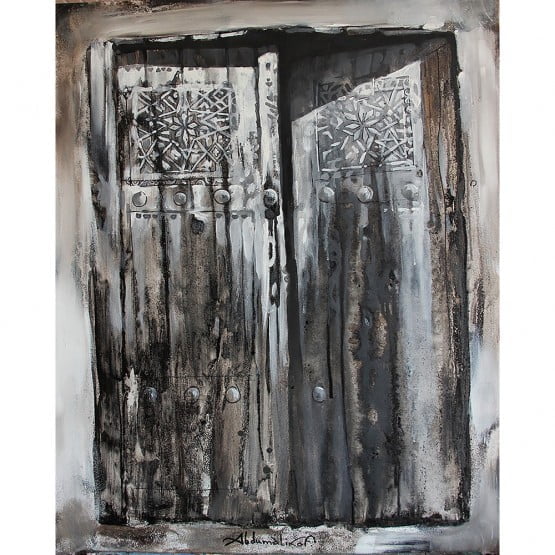 Door of a Saint 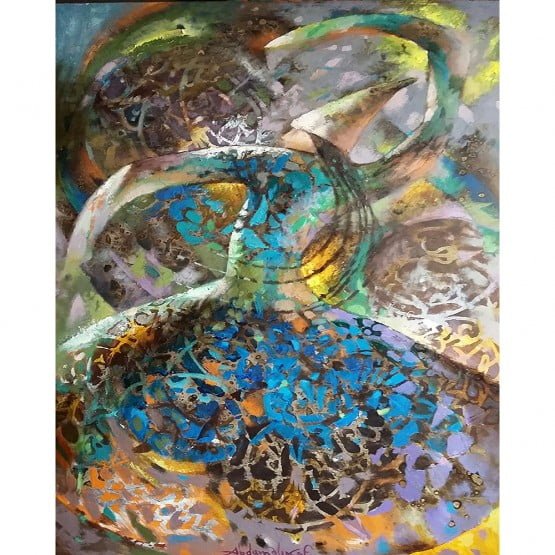 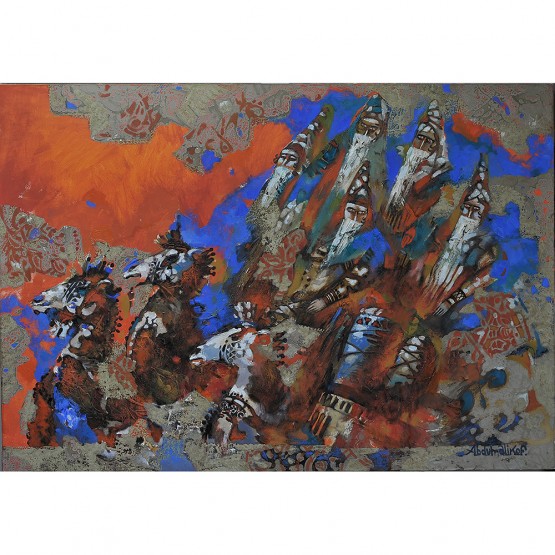 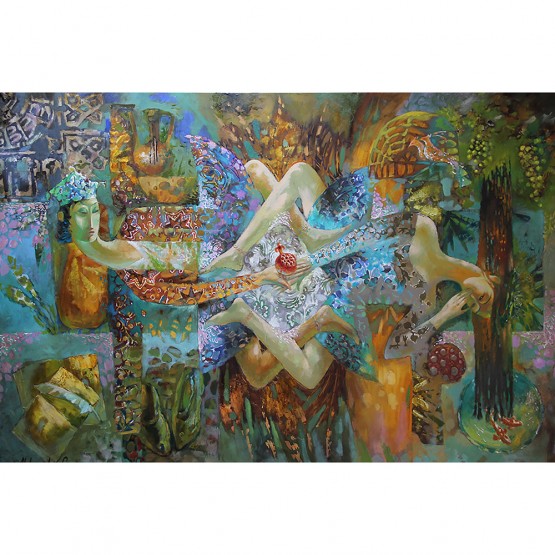 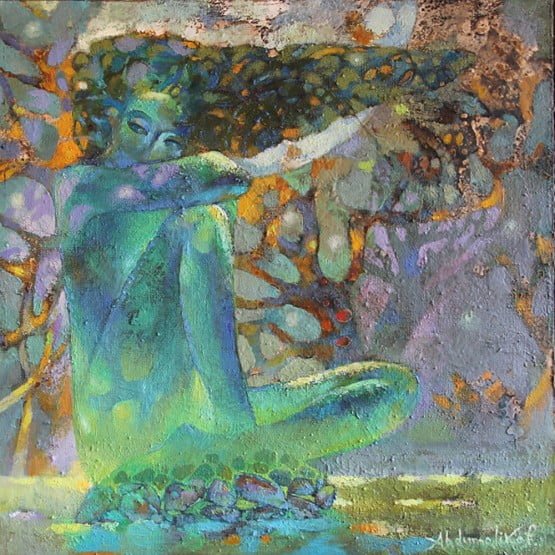 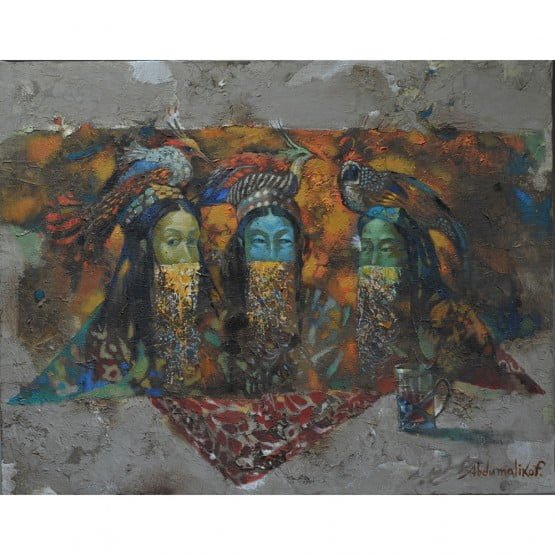 Gossip in the Night 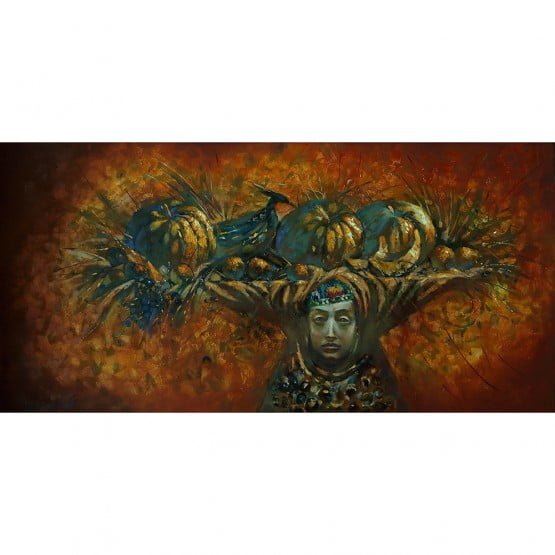 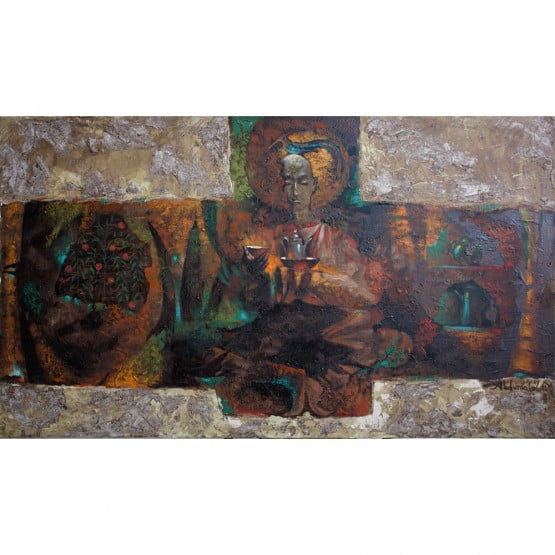 Shukhrat Abdumalokov was born in 1970 in Samarkand. In 1989 he graduated from the Republican Art College named after P. Benkov.

Painting, for Shukhrat Abdumalikov, born in 1970 in Samarkand, Uzbekistan, is not just a hobby. It is a way of life constantly searching for theme, colour, and form.

The world created by the artist is lyrical and fragile, poetic and uneasily vulnerable. The artist’s attitude constantly searches for depth and harmony while remaining within the standard framework of characters and subjects.

The characters in his paintings are silent – they seem to sit for the artist. It conveys the impression of a dialogue effect between the image and the viewer. The static nature of the image allows the viewer to immerse into its inner world. At the exact moment, you get the feeling the picture is studying the viewer looking at it.

1993-1997 – the Senior artist at the Youth Theatre of Uzbekistan.
1997-2001 – the Senior artist at the Drama Theatre was named after Abror Khidoyatov.
1997, 1999, 2009, 2011, 2013 – the Senior artist at Sharq Taronalari international music festival in Samarkand.
1999 – Honoured artist of the Republic of Uzbekistan.
2001 – Participant in the world theatre Olympiad, Moscow, Russia.
2004 – Participant in Gala Kuprik international theatre festival, Istanbul, Turkey.
2005 – Art director for the production of the movie SHIMA, Switzerland-Japan.
2010 – Professor of the National Institute of Arts and Design named after K. Behzad.
2013 – Art director for the production of J. Byron’s play Devon, London, Great Britain.
2015 – Art director for the creation of the movie Star of Takhur (Ulughbek) by UNESCO (Uzbekistan-USA “DISCOVERY”).