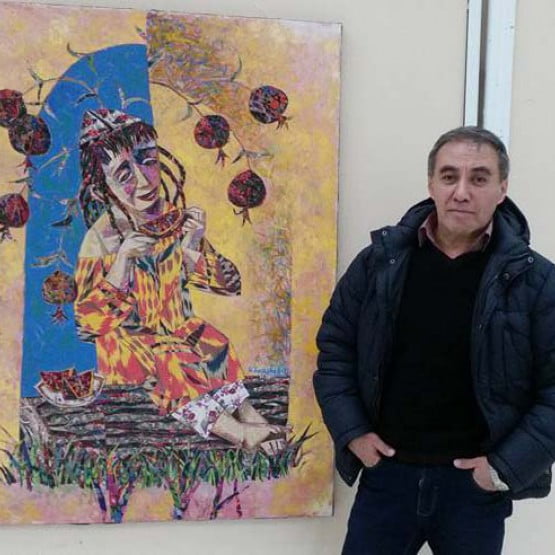 Be the first to review “Firstborn” Cancel reply
Product Ratings
No ratings have been submitted for this product yet.
Store Info

Khurshid Ziyakhanov was born in 1958 in Tashkent, Uzbekistan. In 1987 he finished at the Theatrical Institute, where he studied graphic design. Since then, he has worked as a graphics designer for publishing houses. He has also participated in various exhibitions in his home country and abroad.

Khurshid’s originality began to blossom in the early Nineties when the artist dedicated himself entirely to painting. He quickly found his style in the spectrum of modem art in Uzbekistan. His pictures of this period, which we carry, display his free spirit. Being attracted to different artistic ideas, Khurshid found an exciting interpretation of surrealism and cubism for expressing the East in historical and mythological settings. The style originates from the fusion of the avant-garde art of the 20th century and the rich tradition of folkloric dance.

Khurshid’s works can be found in the State Museum of Art of Uzbekistan and private collections in France, Germany, the USA, England, Russia, Turkey and Morocco. 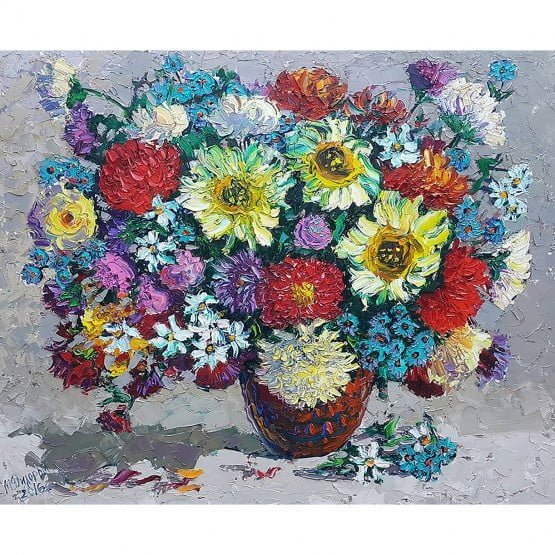 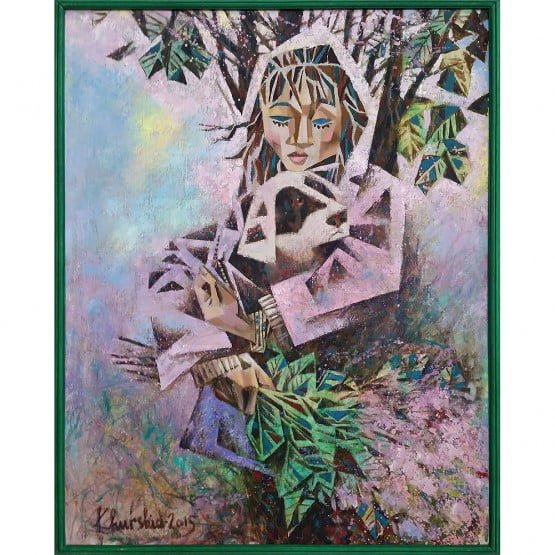 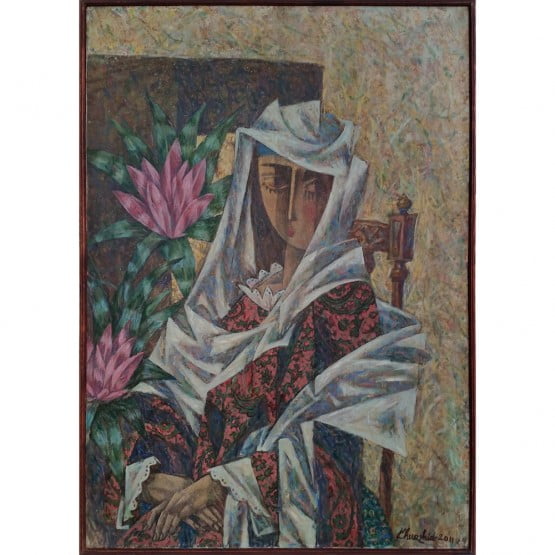