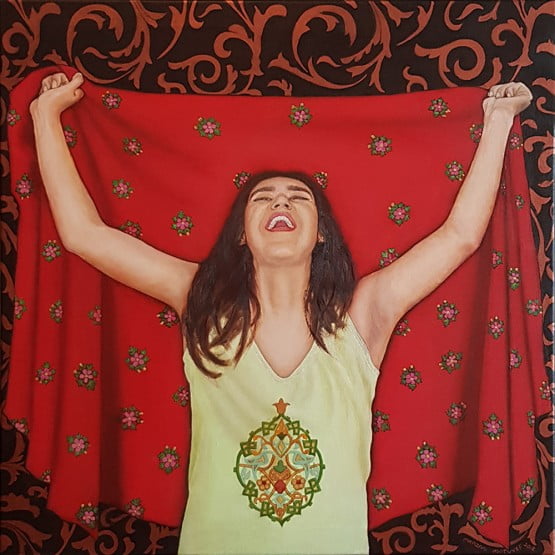 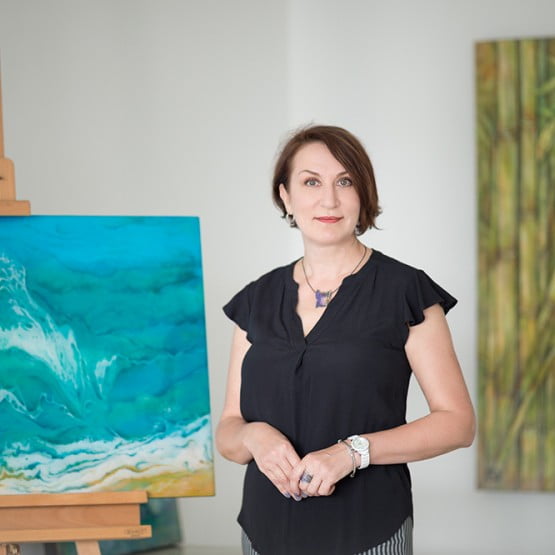 With the brightness and dynamics of the painting, the artist expressed the airy softness, elegance and serenity of this unique flower.

Be the first to review “Iris” Cancel reply
Product Ratings
No ratings have been submitted for this product yet.
Store Info

Elena Spencer was born in 1961 in Khabarovsk in the Far East of Russia, and she lived there for most of her life.

1983 -1987 – studied at the Omsk College of Technology and Design and graduated with a qualification in design.

2000 – married and left Russia with her husband for England permanent residence.

During this same period, they travel worldwide, following the husband’s work on projects such as Norway, South Korea, Australia, Malaysia, Indonesia, and Singapore.

Elena travelled a lot аnd inspired by new places; she does her art using different technologies such as oil, acrylic, silk painting, mixed media, and epoxy resin.
Her artworks are in private collections in Russia, England, South Korea, Norway, and Kazakhstan.

Heart – The Motor of Life 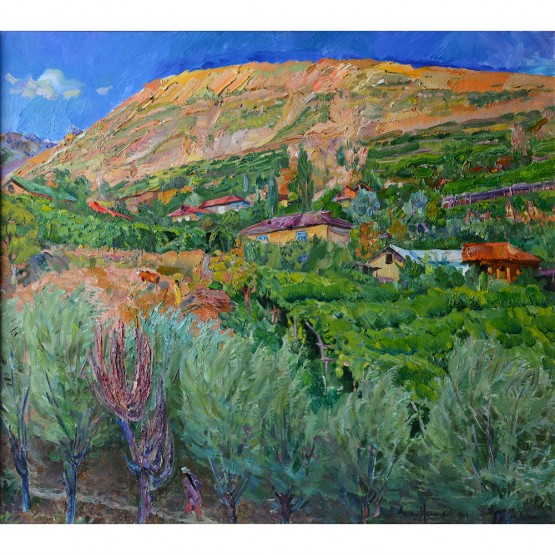