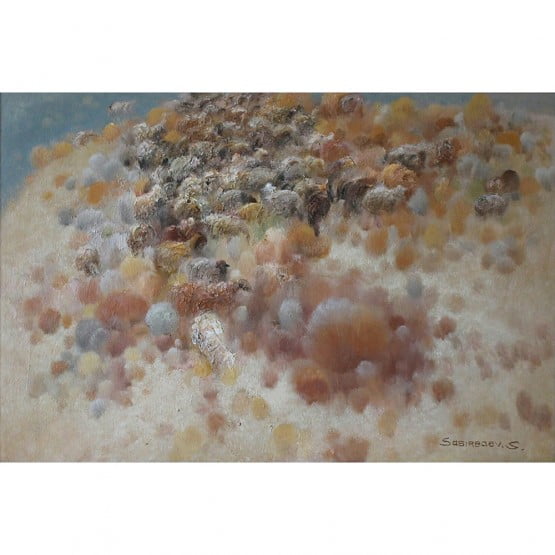 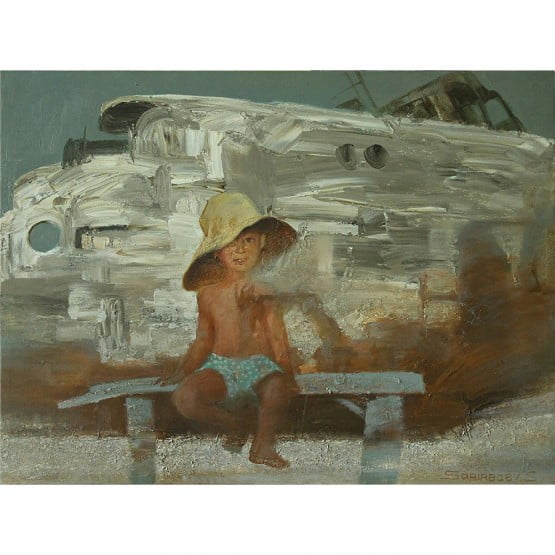 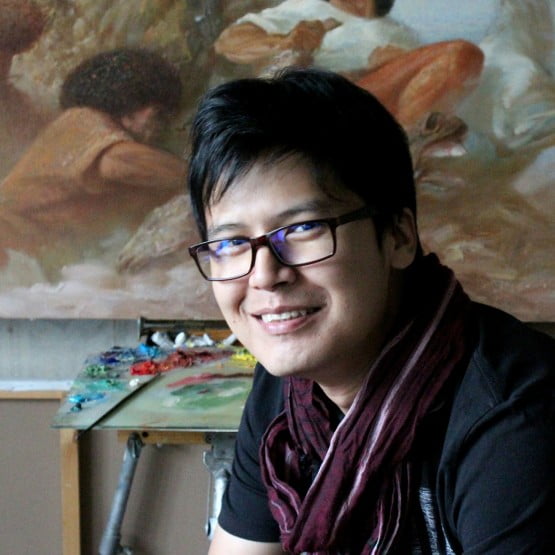 Be the first to review “Toprak-Kala” Cancel reply
Product Ratings
No ratings have been submitted for this product yet.
Store Info
Saidbek Sabirbaev was born in 1988, in Nukus, the Republic of Karakalpakstan. In 2012 graduated from the National Institute of Fine Arts and Design named after Kamoliddin Bekhzad, the department of easel painting (bachelor’s and master’s degree programmes).
From 2012 – teacher in the National Institute of Fine Arts and Design named after Kamoliddin Bekhzad.
Themes of his paintings express centuries of ethnic characteristics of Kara-Kalpak peoples, limitless and boundless understanding of cosmogenic realities which were recreated with pronounced steppe colouring. Saidbek uses an original palette of colours, this obtusely gold-shining ochre, dark coral shades of red and maroon colour and sallow green colour. The artist wishes to draw attention in every possible way to the pressing global problems, for instance to desiccation of the Aral, Protection of flora and fauna, symbiosis and mutual understanding of brotherly cultures. Mysteriously funny images of his paintings reflect virgin naive peoples of Karakalpakstan which create mysterious lyric, a particular melody of the creative work of Saidbek.
Exhibitions:
2002 – Indian International Competition “Shankar’s International Children’s Competition”.  He was awarded a silver medal.
2005 – an International exhibition dedicated to the 225th anniversary of outstanding artist V.A.Tropinin. He was awarded a diploma. Moscow.
2003 – International exhibition “Children drawing”. He was awarded a diploma. Moscow.
2006 – Annual Republican exhibition “Artist and nature”. Academy of Arts of Uzbekistan.
2009 – Winner of the Republican stage of the youth contest “Kelajak ovozi”. Tashkent House of Photography. He was awarded the Grand Prize.
2009 – Republican contest “Architect – 2009”. He was awarded the first level diploma. Tashkent.
2010 – Youth contest “Navqiron O’zbekiston” Palace Of Youth Creativity (Fond Forum). He was awarded a diploma.
2012 – Festival “Asrlar sadosi” Participant. Tuprakkala, Karakalpakstan.
2013 – Personal exhibition: Karakalpak State Art Museum named after I.V.Savitskiy Nukus.
2015 – “Flight to the blue”. Art Gallery of Uzbekistan.
2016 – Personal exhibition “Botum Factum”. Tashkent.
2017 – Exhibition of young artists and photographers “JOURNEY TO THE SOUL” of the Academy of Arts of Uzbekistan and Tashkent House of Photography.
2017 – “Flight to the blue II”. Art Gallery of Uzbekistan.
2017 – International exhibition “ALEXANDER THE GREAT, WAY TO ROKSANA”. Ikuo Hirayama International Caravanserai of Culture.
The works of the talented painter can be found in the State Museum of Art of Uzbekistan, and private collections of Russia, China, Holland, Australia, Turkey and Greece.
Shipping 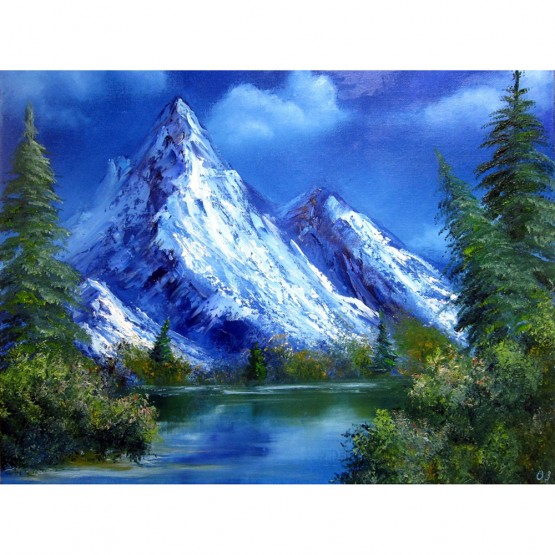